The theme for Earth Day 2019 is “Protecting our Species.” Next year, Earth Day 2020 will be the 50th anniversary of this global holiday. 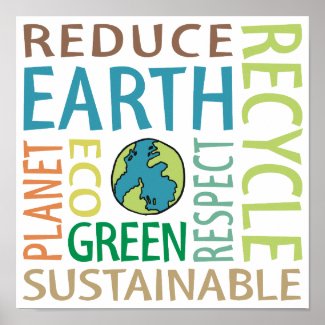 Down To Earth by Deanna Mascle

ANSWER:
A. March 21, 1970
QQ: First celebrated in the U.S. on this date, it has been celebrated each year thereafter at the United Nations, bringing attention to its original purpose: peace, justice and the care of Earth.

ANSWER:
D. Yellowstone National Park in U.S.
QQ: Yellowstone becomes the world’s first national park in 1872. Since then countries around the world have established more than 4000 national parks and preserves.

3. Where was the first major international conference on environmental issues?
A. America
B. Britain
C. China
D. Sweden

ANSWER:
D. Sweden
QQ: The first major international conference on environmental issues was held in Stockholm, Sweden, in 1972 and was sponsored by the United Nations.

5. Why did founder John McConnell choose March 21 as Earth Day?
A. March Vernal Equinox
B. His birthday
C. It was the only date free at the party house
D. March needed more holidays

ANSWER:
A. March Vernal Equinox
QQ: He though using the first day of Spring in the Northern Hemisphere to be a good date to celebrate the earth.

6. Who is the patron saint of ecologists?
A. Saint Francis
B. Saint Patrick
C. Saint Valentine
D. Saint Nick

ANSWER:
A. Saint Francis
QQ: In 1980, Pope John Paul II proclaimed him the patron saint of ecologists. In art, the emblems of St. Francis are the wolf, the lamb, the fish, birds, and the stigmata.

7. A desire for environmental change led to the creation of various political parties around the world whose emphasis was largely on environmental protection. What are these organizations known as collectively?
A. Blue parties
B. Granolas
C. Tree huggers
D. Green parties

ANSWER:
D. Green parties
QQ: Can you guess why?

8. Who made the first proclamation of Earth Day?
A. The City of San Francisco
B. The U.S. Congress
C. The Druids
D. The United Nations

9. Twenty years after the Stockholm Conference, the United Nations held what is popularly known as the “Earth Summit” in what country?
A. Australia
B. Brazil
C. China
D. Denmark

ANSWER:
B. Brazil
QQ: The UN Conference on Environment and Development was held in Rio de Janeiro, Brazil, in 1992, and was the largest gathering of world leaders in history.

10. A highlight of the annual Earth Day ceremony at the United Nations is the ringing of the Peace Bell. The Peace Bell was a gift from what country?
A. France
B. Japan
C. Sweden
D. United States

ANSWER:
B. Japan
QQ: The Peace Bell was a gift from Japan. It was made from coins given by school children to further peace on our planet. On Earth Day the Peace Bell is rung at the moment of Spring.

11. Where was Greenpeace, an international environmental organization dedicated to preserving the earth’s natural resources and its diverse plant and animal life, founded?
A. Canada
B. Great Britain
C. Australia
D. Indonesia

ANSWER:
A. Canada
QQ: Greenpeace was founded in Vancouver, British Columbia, Canada, in 1971.

ANSWER:
D. All of the above
QQ: John McConnell maintains it is March Equinox while Sen. Gaylord Nelson says it is April 22. The UN marks the March date while many governments mark the April. There is also a World Environment Day, June 6. Whatever day, week, or month you choose, in all more than 500 million people in over 180 countries stage events and projects to address local environmental issues.